Terpenes And Their Benefits 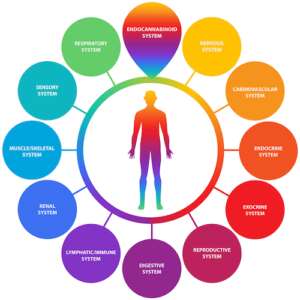 Have you heard of terpenes? Terpenes are found everywhere in nature and they have a wide variety of functions.

The fantastic Renew Hemp Oil from Herbeauty is packed full of them which is one of the reasons why this product works so well with the endocannabinoid system which is an integral part of the human body.

Good Herb Soda has created a range of non alcoholic ‘spirits’ and uplifting soda’s that use terpenes to enhance ones mood.

So exactly what are terpenes?

For many people, the word ‘Terpene’ is a strange and unfamiliar term. You might have heard the phrase ‘Terpene’ for the first time, but you already know what terpenes are because you’ve experienced them all your life.

Scientifically speaking, terpenes are a large class of hydrocarbon compounds that are then acted upon by various enzymes to add a wide variety of functional effects produced by terpenes.

Most commonly, terpenes are in essential oils often utilised in aromatherapy and other forms of holistic healing. Similarly, the fragrance industry uses terpenes in perfumes, colognes, and other scented products.

Why Does a Plant Produce Terpenes?

Terpenes play a dual role for plants. On the one hand, Terpenes act as a defence mechanism created by plants to protect against herbivores, insects, and other environmental dangers. On the other hand, they’re also responsible for a plant’s regeneration and oxygenation. By excreting an intense aroma, plants can repel specific bugs while attracting the beneficial insects they need for pollination.

Many factors influence a plant’s development of terpenes, including climate, weather, age, maturation, fertilisers, soil type, and even the time of day. The same plant species found in different parts of the world may have a slightly different smell or flavour.

How Terpenes Interact with Humans?

Terpenes provide therapeutic benefits. Based on traditional herbal medicines and emerging science, terpenes seem to offer healing benefits for a wide array of health conditions and general support of holistic health. Because terpenes are partially responsible for maintaining the health & safety of the plants against environmental threats, it makes sense that they offer us medical benefits as well.

A 2009 review published in the International Journal of Neuroscience explains the effects of aromatic compounds either psychologically or pharmacologically.

The psychological hypothesis argues that a person’s beliefs, expectations, emotional associations, and perceptions are the real reasons behind terpenes’ effects, not their direct interaction with the body’s systems.

The pharmacological hypothesis argues that terpenes affect mood, physiology, and behaviour because they interact with the human body’s nervous and endocrine systems (hormones).

There Is Evidence For Both Hypotheses:

We know how our liking or disliking an odour can influence a positive or negative shift in our moods. A scent we like can improve our mood, decreased anxiety, and even reduce the unpleasantness of pain, and the odours we dislike can worsen our mood and the way we feel pain.

Science proves that terpenes bind to receptors in the brain to give rise to various pharmacological effects. The brain uses neurons to communicate/coordinate everything we feel, think, and do, and neurons have receptors on their surface to receive signals from nearby neurons. Different terpenes react with various receptors in the brain, and depending upon which receptors terpenes react with, they may help induce sleep and relax muscles. In contrast, others reduce stress and elevate mood, or reduce inflammation and increase energy.

For example, Limonene, the terpene found in citrus fruits such as lemon, serves up a refreshing and mood-elevating sensation. In contrast, Myrcene, found in Mangos, provides more of a relaxing effect.

Different ways of consuming Terpenes and their benefits

There are three ways of getting terpenes into our body:

Inhalation is a widespread terpene consumption method by smelling plants or breathing in aromatherapy oils in low concentrations. Inhaling natural concentrations of terpenes can be beneficial for our health and wellness. However, some terpenes are more ideal for inhalation than others, as certain terpenes can be irritating when inhaled. Some terpenes may provide more acute medical benefits and are better metabolised by our bodies when taken in through the lungs.

For example, Limonene & Pinene (found in pine trees) are very “bioavailable” or readily used by our bodies when inhaled. Both Limonene and Pinene can impart anti-anxiety effects, improve respiration, soothe and protect healthy digestion.

Oral consumption refers to traditional chew-and-swallow eating or dissolving edibles or tinctures under the tongue for sublingual effects. For thousands of years, most terpenes continue to be orally ingested in their original form as natural components of fruits, vegetables, and herbs. They can offer powerful medical benefits at safely diluted concentrations.

Some terpenes also have specific effects on oral consumption, especially for gut health and are very common in food & medicinal herbs consumed orally.

For instance, orally consumed Myrcene seems to have a multitude of benefits for digestion. It reduces the formation of ulcers in the stomach and upper intestines; it also protects digestive cells and the gut from damage.

Humans have understood the benefits of applying certain natural plant compounds into the skin to moisturise and protect it, relieve itching and irritation, and alleviate pain for a long time.

Geraniol, the terpene commonly associated with roses’ smell, has been shown to provide an anti-inflammatory, relaxing, and calming effect. The reason Geraniol is quite widely used in topical products.

Terpenes and The Cannabis Plant (The Entourage Effect)

The cannabis plant has three components: Cannabinoids, the chemical compounds, such as the well-known CBD and THC, which gives the psychedelic and other effects, Flavonoids which give the cannabis plant their colour; and Terpenes, which are responsible for smell and flavour.

Terpenes modulate the cannabinoids. You can think of terpenes like the “rudder” that determines the direction of your cannabis high “plane”. In contrast, THC, CBD, and other cannabinoids determine the strength and predominant psychoactivity of the experience – the “engine” of the experience.

When terpenes work together with cannabinoids, the process known is as the entourage effect. Terpenes can modify how much of each cannabinoid is absorbed, enhances or reduces the psychoactive nature of certain cannabinoids such as THC. This is why there is increased appreciation for the use of what is called “full-spectrum” or “whole-plant” instead of isolates of THC and CBD.

Most common Terpenes and their Therapeutic Effects

Myrcene smell often reminds of earthy and musky notes, with a fruity aroma most commonly found in:

Myrcene is most often used for the treatment of chronic pain, inflammation, insomnia, and even works as an antioxidant.

When combined with Cannabinoids such as THC & CBD, may act as a neuro-protective agent i.e. can help protect the brain and also is responsible for Couch-lock feeling when consumed in higher doses.

Limonene is easily distinguished by its wonderful fruity and citrus aroma, and is found in large amounts in all citrus fruits and herbs such as:

Limonene is most often used for the treatment of anxiety, depression as it can elevate one’s mood and relieve stress. It is also helpful for combating pain, inflammation and cancer.

When combined with Cannabinoids such as THCV & CBD, it acts as an appetite suppressant, increases anti-inflammatory and immune regulatory potential, and increases absorption of other compounds when used in topical or edibles.

Pinene is one of the most common terpenes and can be identified with the traditional pleasant, fresh and bright scent of plants such as:

Pinene is most commonly used for the treatment of pain, inflammation, asthma, anxiety ulcers, and even cancer. Pinene is an excellent bronchodilator i.e. helps improve airflow and respiratory functions. A very popular therapy in Japan ‘Shirin-yoku’, which means “forest bathing,” involves taking leisurely walks in the pine forest, soaking up the atmosphere to have preventive and restorative effects on a person’s psyche and physiology.

When combined with Cannabinoid THC can off-set negative side effects of THC such as paranoia, anxiousness, & memory loss

Beta-Caryophylene has a very unique sweet, earth and spicy aroma which we commonly associate with spices such as:

Beta-caryophyllene is most commonly used for the treatment of anxiety, depression as it helps relieve stress. It also works as a pain reliever and helps protect cells that line the digestive tract.

When combined with Cannabinoid THC it produces Anti-nausea effects and with CBD works as an anti-Inflammatory.

Linalool is a floral scented with a hint of spice and is found in:

Linalool has a calming and anti-anxiety effect as it provides mood enhancement and can also act as a sedative. Most commonly it is used to help treat conditions such as anxiety, depression, insomnia, pain, and inflammation.

When combined with Cannabinoid such as CBD & THCA it acts as an anti-convulsant to prevent seizures.

Terpinolene is a sweet, floral scented terpene that has been commonly associated with:

Terpinolene is commonly used as an antioxidant, sedative, antibacterial and antifungal. Terpinolene’s mild yet effective depressant action on the central nervous system means it can be used for insomnia treatment in addition to psychological excitement and anxiety.

When combined with cannabinoid THC it acts as a stimulant.

This article has been shared from Good Herb Soda. 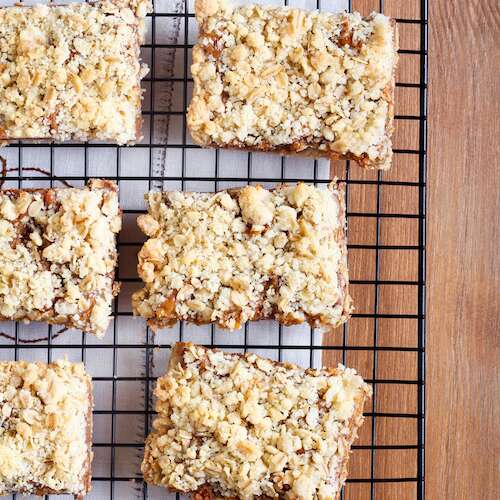 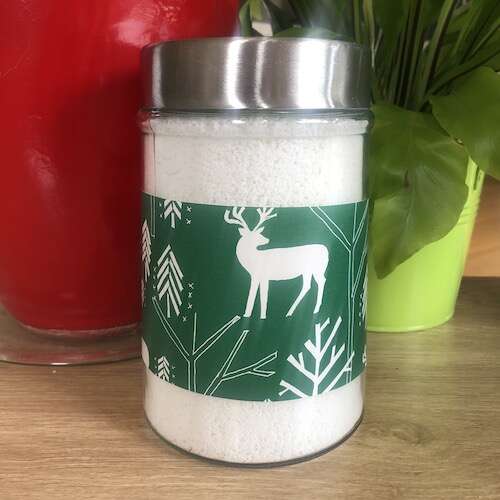 February 26, 2018 How To Up-Cycle Your Deodorant Tin Read More