How To Prevent Mould & Mildew Naturally

How To Prevent Mould & Mildew Naturally

If mould is a problem there’s no need to rush to the supermarket for bleach to spray all over your bathroom.

Preventing mould and mildew naturally is by far the safest option for you and the planet. In areas of your home that are prone to mould – around window frames, inside closets, ceilings in older homes, and of course the number one problem area, the bathroom – all you have to do is spray with Mould Magic Natural Mould Inhibitor clean the area then respray with Mould Magic and leave to dry.

A word on bleach … bleach is not environmentally friendly, nor is it good for you, (take a read of this article) the fumes give me a headache and my eyes start to hurt if I’m exposed only briefly. In my opinion Exit Mould is a health hazard!

I also can not put enough emphasis on air – get fresh air into your home on a daily basis if possible. Airing out rooms helps to prevent mould from growing. Mould spores love damp air, especially warm damp air from closed windows with heaters running and people breathing. Fresh air is your first line of defence against mould.

For bathrooms the easiest and least expensive way to do this is to make a thick paste of baking soda and water and get scrubbing. For the grout use a toothbrush, or a good cloth if the mould is on the walls and ceilings.

You can also mix baking soda with a small amount of liquid soap if you prefer a soapier feel while you are scrubbing. Wipe or rinse off with water. Or for a quick option use one of our ready made cleaning pastes.

Alternatively, throw a cup of baking soda into a bucket of warm water and use that. When you are finished let the bathroom dry out and apply Mould Magic, which prevents mould from growing, and let dry. If you are using Mould Magic in the shower you’ll have to spray frequently as the water washes it away.

For walls and ceilings use the method above if the area is badly covered in mould. If it’s not too bad use Mould Magic, spray on and wipe the mould off, then spray again and let dry. 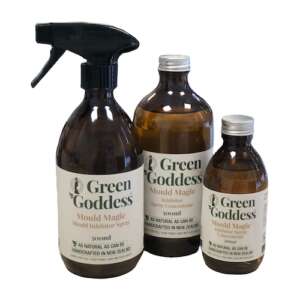 During winter I spray with Mould Magic every 5-6 weeks, especially in rooms that are not aired frequently (like teenagers bedrooms and bathrooms). I also spray the windows in the bathroom as they have patterned glass and tend to attract mould spores, Mould Magic keeps them clean and hygienic.

Mould Magic has a very pleasant non toxic smell, however you should not inhale it directly so be careful when spraying. You can also make up a spray from Clove Bud Essential Oil, this spray should be used with a mask as it’s very strong. It will kill spores but I don’t recommend using it consistently for prevention however it’s great on outdoor furniture and also on grout. The recipe is here.

If you have grout that mould has permeated nothing is going to get it back out. You will have to replace the grout. To stop this happening again clean your grout every week with cleaning paste or the baking soda mixture above. 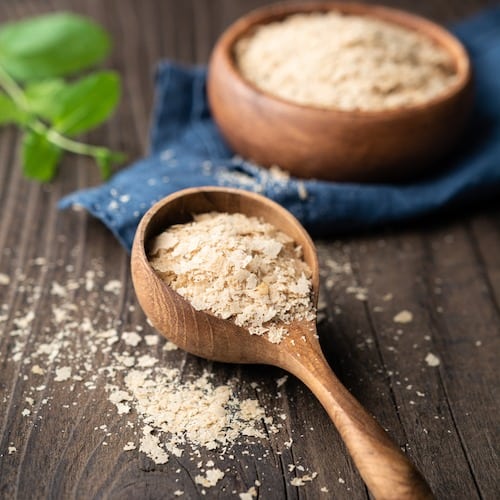 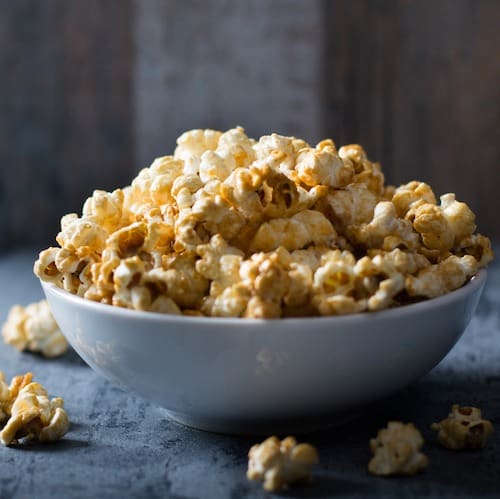