My nacho’s finishing off on the top rack of the BBQ, yummmm!

Nacho’s are one of my favourite snacks, and made this way they become a delicious meal when eaten with a fresh green salad. Cooking them on the BBQ gives a wonderful flavour and if you prepare the toppings in advance they’re really easy to throw together and cook just about anywhere, you can even cook them on top of your camp fire if you have the right pan.

To make the nacho’s into a hearty meal I used the ‘Best Ever Vegetarian Mince‘ recipe from my blog back in October, I took out the nutmeg, cinnamon and mustard and added Mexican seasoning instead, top that off with black beans, grated cheese, chopped spring onions and a dollop of sour cream and you have the best ever BBQ nacho’s perfect for Kiwi summer entertaining.

If you’d like to make this recipe without the vege mince follow this one from ‘What Mommy Does‘  That’s where I got the inspiration from originally but I wanted a heartier Kiwi version.

Once cooked serve topped with sour cream or mock sour cream if Vegan, guacamole if you have it and diced jalapeños for a spicy kick.

First of all make the vegetarian mince and replace the nutmeg, cinnamon and mustard with taco seasoning mixed in water.

Next assemble your nachos on two trays with sides so they don’t fall off.  Place the corn chips over the trays, then drizzle/spoon over the vegetarian mince and beans (I did one tray without beans for fussy eaters) next cover with a generous amount of grated cheese and sprinkle over half the spring onions.

Place on the grill of your BBQ and cook for around 4-5 minutes on medium heat, then move up to the top rack and close the lid for a further 3-4 minutes until well melted, keep an eye on your nacho’s as you do this.

If using a camp fire you’ll need to have heavy cast iron trays or pans and the timing will vary, watch them as you’re cooking them and you’ll easily see when they’re done, you ay need to use foil on the top to melt the cheese.

Once done serve you’re delicious nacho’s topped with the suggestions above or create your own toppings.  Complete the meal with a fresh green salad.  Enjoy!  Triona 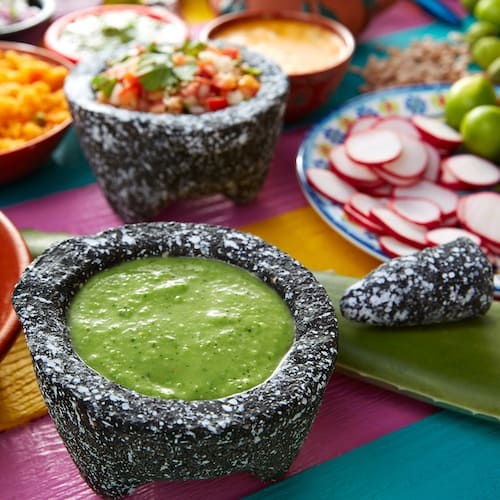